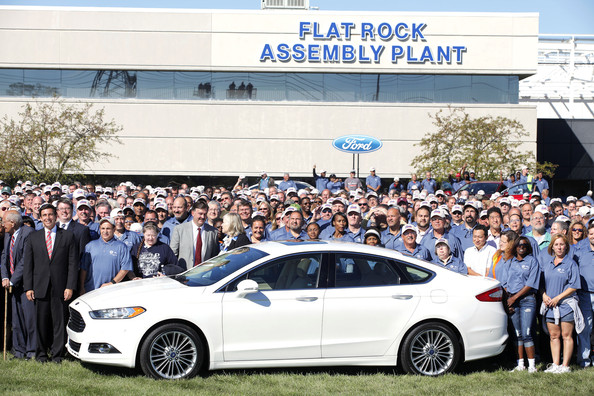 BRIGHTON, Mich.- The good news surrounding Ford Motor Company just doesn't seem to end! With recent news like the Ford Focus - Best Selling Car in the World, Best Redesigned Vehicle Award, and Ford Vehicles for Allergy Sufferers, it's no wonder the demand for Ford vehicles has been increasing! Specifically the demand for the new 2013 Ford Fusion has called for the addition of another shift at Ford's Flat Rock Assembly Plant. And you know what that means, Ford Motor Company is Hiring!

The automaker confirmed yesterday that the hiring process for an additional 1,400 workers at the Flat Rock Assembly Plant has begun! The plant currently produces the 2013 Ford Mustang, but will be adding another shift later this year to accommodate the demand for the 2013 Ford Fusion. While about two-thirds of the new hires at the Flat Rock Assembly Plant will be transfers, Ford Motor Company is hiring about 400 new workers.

Good news for Ford and Michigan's economy! Find out for yourself what all the excitement is about in our redesigned 2013 Ford Fusion Brochure, and as always remember that we can help keep your payments low with our Ford Fusion Rebates, Ford Fusion A Plan Price, and Ford Fusion X Plan Price! Brighton Ford is located at 8240 Grand River Ave. just north of I-96 in Brighton. We are a family owned and operated business that strives for customer satisfaction. For more information on Brighton Ford visit BrightonFord.com or give us a call at (800) 836-8206.