BRIGHTON, Mich.- Today, April 17th, was a great day in history. It was on today's date in 1974 that the original Ford Mustang pony car made its debut to the public! With very unusual styling for its day, Ford's Product Planning Manager knew the new vehicle was going to be a hit. But no one could have guessed just how popular the Ford Mustang would become. 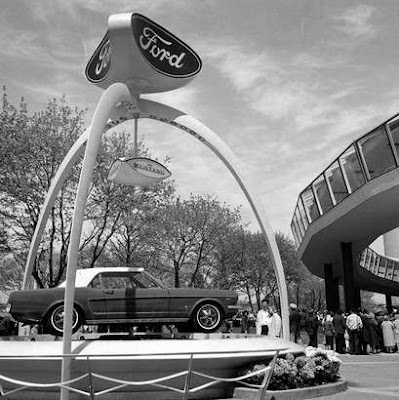 With an original price of just $2,368, dealers were immediately flooded with requests for the sleek new vehicle. Initially, Ford Motor Company only forecasted about 100,000 sales annually. But that estimate was quickly blown away, when 22,000 Mustang orders were placed on the first day alone! Encouraging the already impressive sales was the pony car's appearance on the race track as the pace car for the 1964 Indianapolis 500. In just 12 months, sales of the new Ford Mustang skyrocketed to 417,000, and broke one million vehicles sold in the second year!


“When the Mustang was unveiled, the reaction was so positive that there was no doubt it was going to be a success,” recalls Joe Oros, chief designer of Ford’s original pony car. 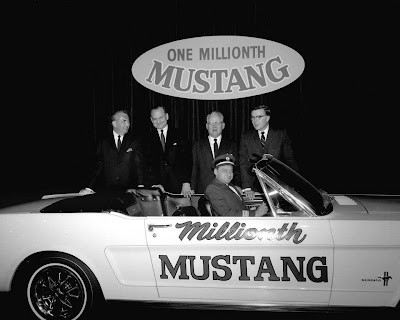 Today we celebrate the launch of that very iconic muscle car, the one and only Ford Mustang. As Mustang fans across the world look forward to next year and the debut of the 50th anniversary 'Stang, today we take a look back. Over the years the pony car has undergone many changes minor and massive, but one thing holds true, it is still America's greatest muscle car.

Make your dreams come true and take home your very own Ford Mustang today! Brighton Ford, your Lake Fenton Area Ford Dealer, has a wide inventory of new and used Ford Mustangs ready for you to take home! Plus, we can help you keep it affordable with our Ford Mustang Rebates, Ford Mustang X Plan Price, and Auto Loans. Stop by today, Brighton Ford is located at 8240 Grand River Ave. just north of I-96 in Brighton. We are a family owned and operated business that strives for customer satisfaction. For more information on Brighton Ford visit BrightonFord.com or give us a call at (800) 836-8206.