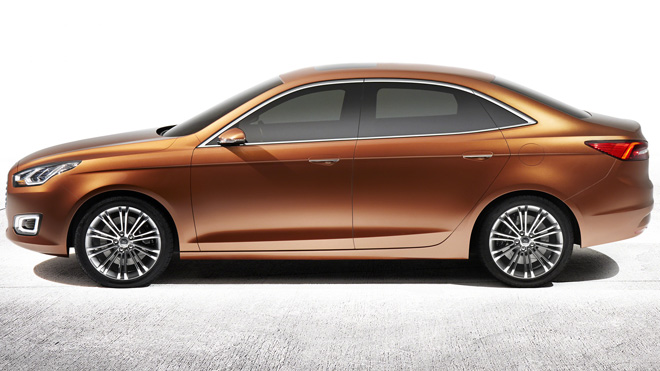 BRIGHTON, Mich.- This weekend a classic was revived when Ford Motor Company debuted the Escort compact concept vehicle at the Shanghai Auto Show in China. Once the best selling car in the world, the Escort was also Ford's most popular vehicle name behind the F-series pickup. Ford wasn't convinced that the needs of the market were being met by the automaker's current offerings which is why they decided to bring back the popular nameplate with some modern updates.

The Ford Motor Company Escort Compact Concept Vehicle that debuted at the Shanghai Auto Show is based on the Ford Focus chassis, but stretched a little bit to incorporate a more spacious back seat. With the goal of being roomier and more affordable that the Focus, the Escort concept features a more upright roofline that gives the vehicle a stylish look without being arrogant. Importantly for the Chinese market, the jewel-like headlights on the new Ford Escort are inspired by the Chinese character for the number 8 which is considered lucky as a portent of wealth. 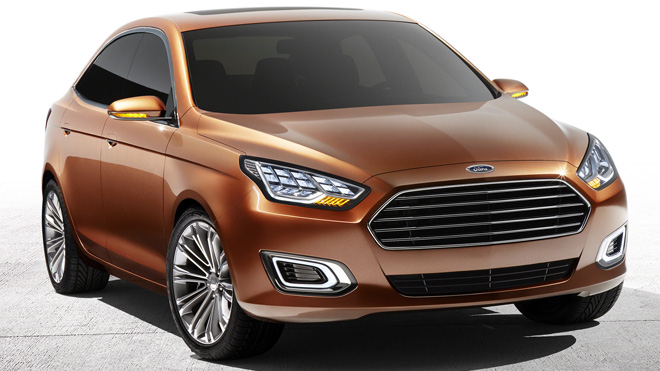 While the Ford Escort will be the automaker's third compact sedan, it works well in China since the country's wealth levels vary widely and compact cars make up 60% of the new vehicle market. However, the Ford Escort Compact Concept Vehicle is just that, a concept. While it isn't clear if the car will ever be built, it is close to a production model since it doesn't include exotic features. But, if the vehicle is produced it is unlikely that it will come to the United States since it was designed specifically for the Chinese market.

So while you may not be able to drive home in a new Ford Escort, you can get your hands on the world's best selling car at Brighton Ford! We have a wide inventory of Ford Focus vehicles to meet all of your needs and we can keep your payments low with our Ford Focus Rebates, Ford Focus A Plan Price, or Ford Focus X Plan Price. Just stop by and we'll help you out! Brighton Ford is located at 8240 Grand River Ave. just north of I-96 in Brighton. We are a family owned and operated business that strives for customer satisfaction. For more information on Brighton Ford visit BrightonFord.com or give us a call at (800) 836-8206.