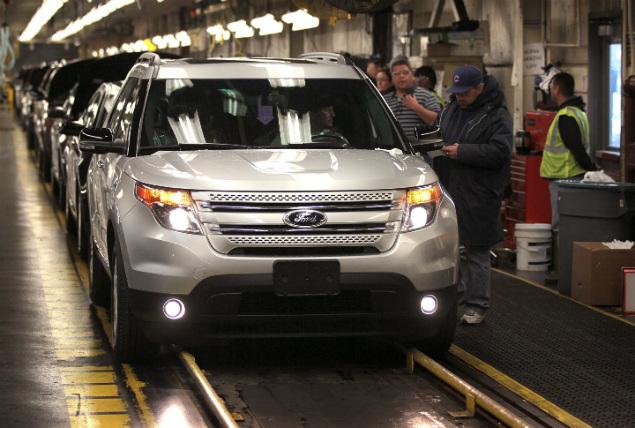 BRIGHTON, Mich.- Yes, you read that title right! Although a bit unexpected, two of Detroit's biggest automakers have announced that they will be joining forces to collaborate on new transmissions! Ford Motor Company & GM have partnered to develop 10-speed transmissions. While today's transmissions generally offer only 6 speeds, sometimes 8, the Detroit automakers plan to develop a new generation of transmissions that offer 9 and 10 speeds.

The new 10-speed transmission will provide improved fuel efficiency since it will have more gears which allows the engine to not have to work as hard. Less work will be needed by the engine to keep the vehicle moving when it has more gears. Exact fuel economy increases have not yet been released, but it is estimated that the next generation transmissions could offer a 5-10% increase compared to the 6-speed models.

However, the more gears a transmission has, the more costly it is to develop which is why Ford Motor Company and General Motors have decided to join forces to develop the new 9- and 10-speed transmissions. Transmissions can cost hundreds of millions of dollars to develop, so by collaborating, they will save millions of dollars that can be spent on other areas of vehicle development. Not to mention, Ford & GM's partnership in the development of 10-speed transmissions will help to keep prices competitive for consumers. And while it may seem odd that the competing automakers have decided to work together, it's not the first time. Ford and GM have actually worked together on transmissions three other times in the past decade!

Initial work has begun to produce advanced 10-speed transmissions for both front- and rear-wheel-drive vehicles, though exactly when the new transmissions will show up in Ford cars and trucks has not yet been announced. Until then, check out the impressive fuel economy currently offered by Ford Motor Company at Brighton Ford. We've got a wide inventory of 2013 Ford Fiesta and 2013 Ford Fusion models available, and we can help you save some green too with our Ford Fiesta Rebates and Ford Fusion Rebates at your Holly Area Ford Dealership! Brighton Ford is located at 8240 Grand River Ave. just north of I-96 in Brighton. We are a family owned and operated business that strives for customer satisfaction. For more information on Brighton Ford visit BrightonFord.com or give us a call at (800) 836-8206.