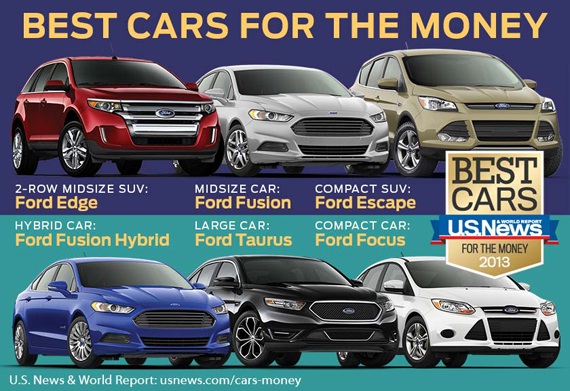 BRIGHTON, Mich.- Recently, U.S. News & World Report released its yearly awards of Best Cars For The Money. The annual list is made up of 21 categories that name cars from compact, hybrid, upscale, small, and SUV as Best Cars For The Money. Based on automotive press reviews, safety data, reliability, the average price of the car, and cost of ownership, U.S. News & World Report chooses the winner of each category.

Your Brighton Area Ford Dealership is excited to announced that this year, Ford Motor Company has been awarded more great cars for the money than any other automaker! U.S. News & World Report awarded SIX Ford vehicles as Best Cars For The Money!