All-New Ford Mustang Has a "Need for Speed"

BRIGHTON, Mich - The All-New Ford Mustang Has a "Need for Speed" and will showcase it's full driving potential as it debuts in the "Need for Speed" film in March 2014. With the 50th anniversary of this iconic muscle car, director Scott Waugh could think of no better vehicle to feature in the film. 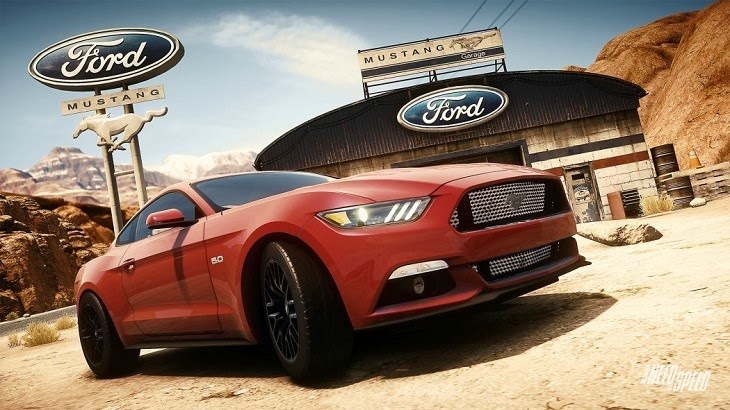 Watch out Hollywood, a new star is in town! On March 14th, the all-new 2015 Ford Mustang is going to light up the big screen in the "Need for Speed" movie. The film is based off the popular Electronic Arts franchise. Actor Aaron Paul will be driving the latest Mustang on it's first on-screen appearance as well as cruising around in the custom 2014 Mustang throughout the film.

Scott Waugh knew the Mustang was the perfect match for Aaron Paul's character in "Need for Speed". The Mustang is both an automotive and pop-culture icon, featured in over 3,200 films and television shows. As an automotive celebrity, the Mustang was driven out onto a pad of wet cement outside of the TCL Chinese Theater in Hollywood, CA. One of the six debut locations on December 5, 2013 now has the pony car's prints and signature logo stamped into cement for years to come.

"Need for Speed" fans were able to virtually drive the all-new Mustang with a free in-game downland that was released in mid-December. "Need for Speed Rivals" also allowed for players to customize their Mustang with one of five popular designs using Mustang Customizer.

The All-New Ford Mustang has a "Need for Speed" and will be making its Hollywood appearance in theaters on March 14, 2014. The Mustang is set to go on sale next fall.

At Brighton Ford, we have all of the latest Ford vehicles in our inventory! We have an outstanding variety of new, used and pre-owned Ford vehicles just waiting for you. Stop by the dealer to see the Low Mileage Used Trucks or Certified Pre-Owned Cars for Sale that are on our lot. Brighton Ford is happy to help those in Dexter and surrounding areas find the Ford they have always wanted.