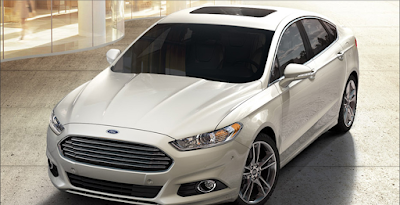 In its short yet successful life, the Fusion has taken home multiple awards including Motor Trend 2010 Car of the Year, J.D Power and Associates Most Dependable Midsize Car for the Money in 2012 U.S News and World Report, and many others. Since its 2013 complete model redesign, the Fusion not only brought sexy back to the "vanilla" midsize segment but it also brought back sales numbers.

Erich Merkle, Ford Sales Analyst states that, "Fusion is achieving growth in all the right places, especially in California, the largest midsize sedan market in the country, followed by Texas. Since its introduction, Fusion has grown at almost six times the rate of the overall segment."

It is no surprise to anyone here at your local Howell Area Used Car Dealer that the Ford Fusion made a 100% jump in sales since its 2005 launch! The Fusion is a favorite here on our lot, and we currently have many available to take out for a test-drive! Currently, our favorite is this 2016 Fusion Hybrid in Titanium!  We have tons of used and new Ford models waiting at Brighton Ford, so stop by your Howell Area Used Car Dealer today! Brighton Ford is located at 8240 Grand River Ave. just north of I-96 in Brighton. We are a family owned and operated business that strives for customer satisfaction. For more information on Brighton Ford visit BrightonFord.com or give us a call at (800) 836-8206. Follow us on: Facebook, Twitter, Pinterest, Google+ and Instagram.