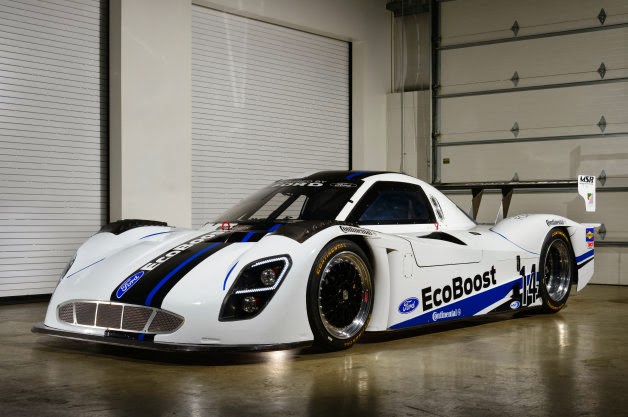 BRIGHTON, Mich. - Ford Motor Company has recently announced that the new Ford EcoBoost race engine will debut at Daytona 24! Scheduled to compete at next year's Rolex 24 at Daytona on January 25 and 26, this 3.5-liter V6 EcoBoost racing engine will run the entire 12-race season and power a Daytona Prototype car with an updated look.

The first team to sign on with the EcoBoost engine program is that of Michael Shank Racing. Although the engine won't actually debut until the Daytona 24 in January, the racing team has made plans to take the new engine out on the track beforehand. With Colin Braun behind the wheel, this racing team will attempt a record run speed test at the Daytona International Speedway later next week. The current record is 210.364 mph lap which was completed on Feb. 9, 1987 by NASCAR champion Bill Elliott. 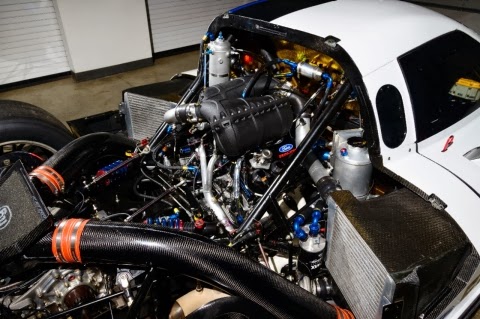 The new Ford EcoBoost race engine will debut at the Daytona 24 and will be the only one of its kind there. Most racing engines are V8 powered however, Ford is extremely confident in the V6. The Ford EcoBoost is extremely capable of providing performance and fuel economy, which is why Ford is ready to put the engine to the test on the track. Hoping to take engine technologies to the next level, Ford believes this engine will most likely be the standard racing engine in the future.

While we don't have this racing car sitting on our lot, we do have vehicles with an EcoBoost engine option. If you'd like to take one of these powerful, fuel efficient EcoBoost engine vehicles out for a test drive, stop on by! We'd be more than happy to discuss the benefits of having a vehicle powered by this engine, as well as discuss all of your Auto Loan/financial options. We are proud to be White Lake Area's Ford Dealership and Commerce Township Area's Ford Dealership.