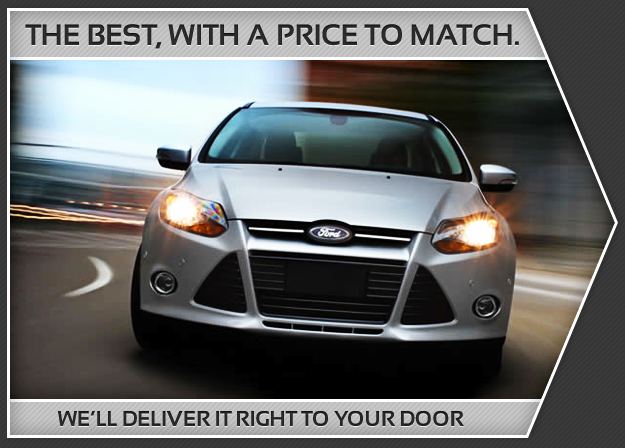 BRIGHTON, Mich.- Ford Motor Company left 2012 with a bang! At the close of the year, Ford Motor Company Topped 2 Million Vehicle Sale, becoming the only auto company to do so in America for the second straight year! As if Ford topping 2 million U.S. vehicle sales in 2012 isn't impressive enough, the brand also closed the year with 3 of the top 10 best-selling vehicles worldwide! The Ford Focus was the world's #1 best selling nameplate in 2012, followed by the F-Series at #4, and the Ford Fiesta at #5. The One Ford plan has proved to be successful winning over customers worldwide in just 3 years by transforming the company’s global small car lineup.
We've got all three of Ford's best-selling global nameplates in stock so come on in to test drive one today! Brighton Ford can save you money on a new Ford Vehicle with our Ford Focus Rebates, Ford Fiesta Rebates, and Ford F-150 Rebates. Brighton Ford is located at 8240 Grand River Ave. just north of I-96 in Brighton. We are a family owned and operated business that strives on customer satisfaction.  For more information on Brighton Ford visit BrightonFord.com or give us a call at (800)-836-8206.
Follow us on: Facebook, Twitter, Pinterest and Google+
Posted by Brighton Ford at 2:43 PM