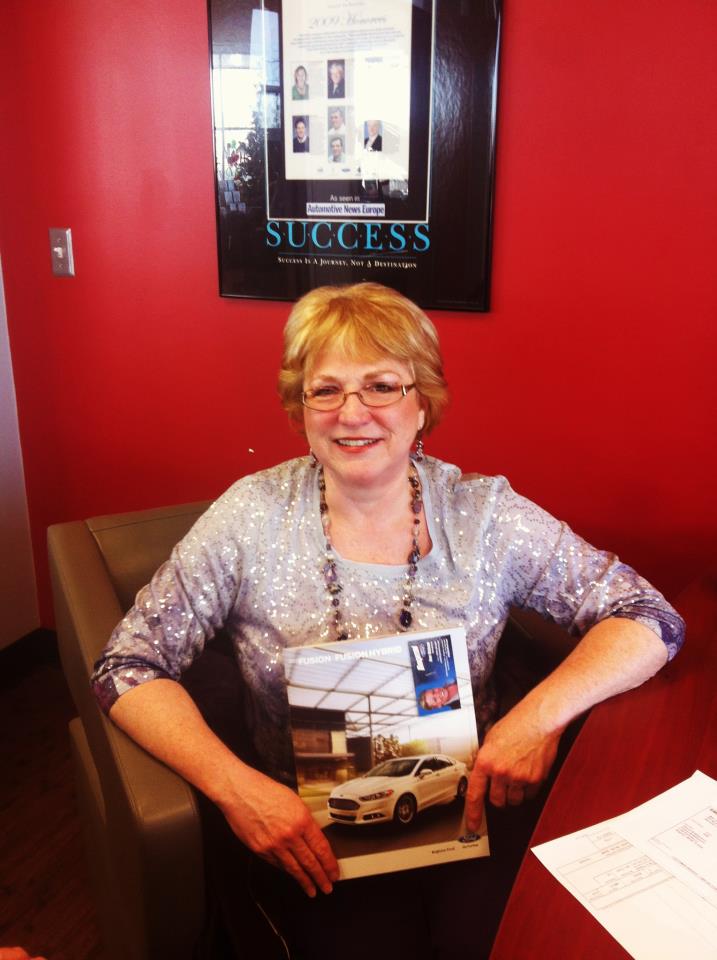 BRIGHTON, Mich.- If you're a fan of our Facebook Page, you probably saw our post this weekend about Dianna, the winner of a brand new 2013 Ford Fusion! Yes you heard that right. Meet Dianna Williamson, 2013 Ford Fusion Winner. Just like many of you out there, she started entering Ford sweepstakes for the chance to win a new car: online, at Arts, Beats and Eats, and off of the TV show New Girl. Until one day, when she received a message that she had won a new car from Ford! Dianna, who has never won anything before, didn't believe that what she heard in the message was true. Wary of falling into a scam she did her research, with Ford, at the bank, and online until she realized that she was in fact a 2013 Ford Fusion Winner!

This couldn't have come at a better time, as Dianna was just looking into buying a new car so that she could give her 2004 Honda to her 17 year old son. Now, she's debating between 2013 Ford Fusion colors Bordeaux Reserve and Ruby Red Metallic and she can't wait to start using Ford's SYNC and MyFord Touch technology. Check out this video of Dianna heading out on her test drive:

Stay tuned as we keep you updated with Dianna's final choice! And if you want a 2013 Ford Fusion of your very own, we can make it happen with our Ford Fusion Rebates, Ford Fusion A Plan Pricing and Ford Fusion X Plan Pricing. So come on in to check out our Ford Fusion Inventory, we're located at 8240 Grand River Ave. just north of I-96 in Brighton. We are a family owned and operated business that strives on customer satisfaction.  For more information on Brighton Ford visit BrightonFord.com or give us a call at (800)-836-8206.