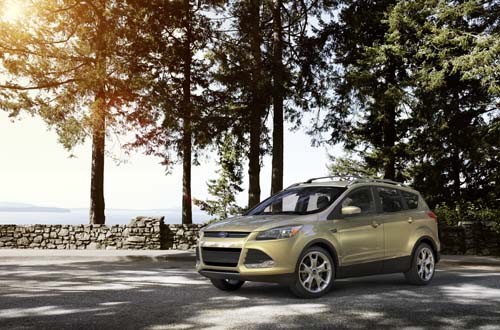 While we don’t have the final price set on the new 2013 Ford Escape, the preliminary numbers show that not only is the New Escape amazing but also will have a base price that is cheaper than the current model! This news came to us from an article called, “2013 Ford Escape drops its price” from In Auto News. Take a look:

“The North American based automaker Ford has recently announced that the 2013 Escape model has dropped its base price.

According to the car manufacturer, the 2013 Ford Escape now has a starting price of 23,295 USD for the base model, which is actually 200 USD less than the current version. The price tag can go up to 31,195 USD, including an $825 delivery charge, for the fully loaded Titanium model, and dealers have already begun taking orders for the redesigned crossover. The 2013 Ford Escape will come with some interesting features, including the Ford Sync system with an upgraded version of MyFord Touch, power rear liftgate, parallel park assist, blind-spot detection, curve control, torque vectoring control and many other “things”.
The entry-level 2013 Ford Escape S will come with a front-wheel drive only and a 2.5 liter four-cylinder engine, the upper SE will add the Ford’s Sync infotainment system and a choice of two engines and drivetrains, the 1.6 liter EcoBoost and the one mentioned above, and the SEL Escape will come with MyFord Touch, leather seats and other interesting features. The top of the line 2013 Ford Escape Titanium will have a price tag of 31,195 USD, cheaper than the similar version found on the current model.”