BRIGHTON, Mich. - Every year the U.S News & World Report releases a report that recognizes cars that are considered to be a great value and a joy to own - this report is also known as the 'Best Cars for the Money Awards'. For the 2014 Best Cars for the Money Awards, Ford stood out amongst the competition and received the most awards of any domestic automaker and any single brand. 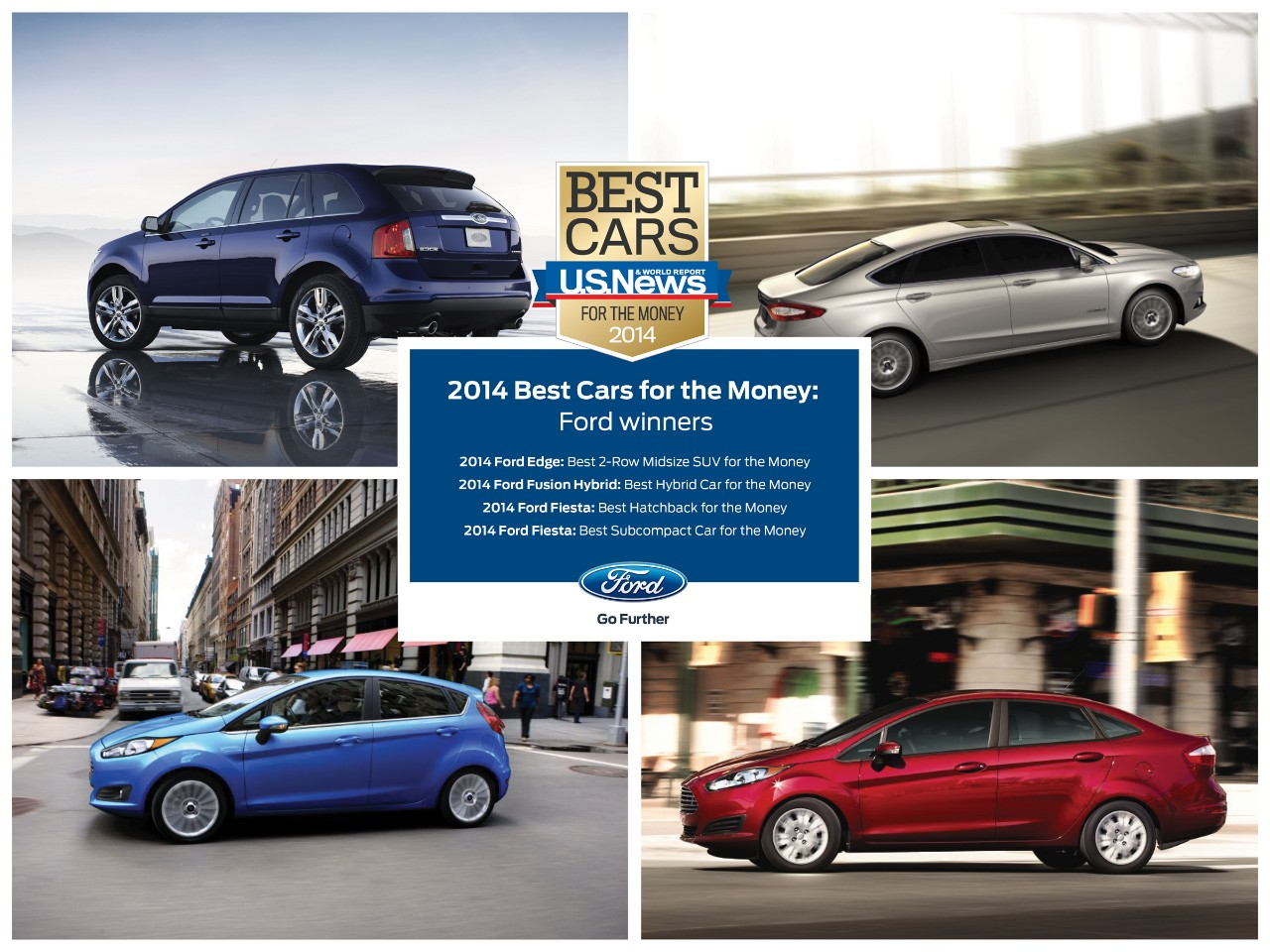 Although U.S. News & World Report have made Ford the most-awarded brand, they considered 225 vehicles in 21 categories before realizing that Ford was a good step above the competition. To award the winners, they took multiple factors into account including the combined average price paid from TrueCar.com and the five-year total cost of ownership data from the U.S. News Best Cars rankings data.

Posted by Brighton Ford at 2:28 PM