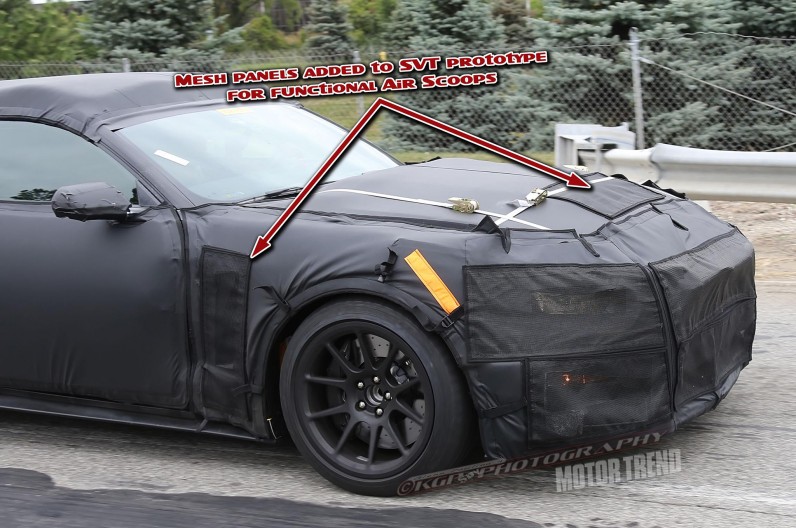 BRIGHTON, Mich. - Detroit residents were given a sneak peek of the 2016 Ford Shelby Mustang GT350 this week, as the pony car was spotted driving around the motor city. This sighting helps fuel the rumors that a Shelby GT350 or a Cobra-badged model could replace the current Shelby GT500 model.

Not much is known about this vehicle just yet, however the mesh panels and camouflage suggests that the hood scoop and front fender vents aren't just for looks - they are necessary for the pony car to function. The large cross-drilled rotors behind larger wheels are unique to the Ford Shelby Mustang GT350, as well as the prototype sports quad exhaust tips which "make a fantastic rumble."

The engine choice isn't known yet, but rumors suggest that a supercharged 5.0-liter V8 engine will be the option that Ford sticks with.

While it will still be awhile before the specifications of the 2016 Ford Shelby Mustang GT350 are released, we have beautiful Ford Mustangs for sale on our lot right now. Stop by our Livonia Area Ford Dealer today and we'll set you up with a test drive! If you're in the market for something else, keep in mind that we are Livonia, MI Used Car Dealer - we have a great selection of Used Cars and Certified Preowned Cars For Sale, so stop by and see us!