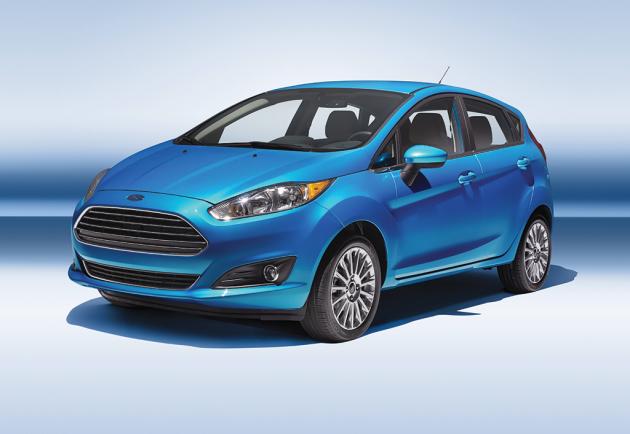 Each judge tested various 2013 model year cars and were then asked to use a three-tier voting system to determine the winner of each category. Categories ranged from Best Economy Car (Ford Fiesta) to Best Sports Car to Best Family Car. Each judge was then asked to rank the cars in the order that they preferred after the test drive, which were used to determine the supreme winner.

The Women's World Car of the Year awards is a competition that was formed to reflect the preferences of women buyers throughout the world. This competition is unique because it is the only international motoring award in the world that is voted on by women, for women. Women also represent a huge part of the market, so to win the supreme winner award means to capture the attention of this powerful and influential buying group.

The 2014 Ford Fiesta has also recently won the best-in-class fuel economy award, getting up to 41 mpg on the highway. This is possible because of the car's 1.6L Ti-VCT I-4 engine, electric power-assisted steering, and AdvanceTrac electronic stability control.

Ford Fiesta is the supreme winner of the Women's World Car of the Year title, meaning it's worth it to see what this great compact car has to offer. You can check out our 2013 Ford Fiesta Brochure or stop in at our New Hudson Area Ford Dealer to check out our various Ford Cars For Sale and Certified Preowned Cars. Brighton Ford is located at 8240 Grand River Ave. just north of I-96 in Brighton. We are a family owned and operated business that strives for customer satisfaction. For more information on Brighton Ford visit BrightonFord.com or give us a call at (800) 836-8206.