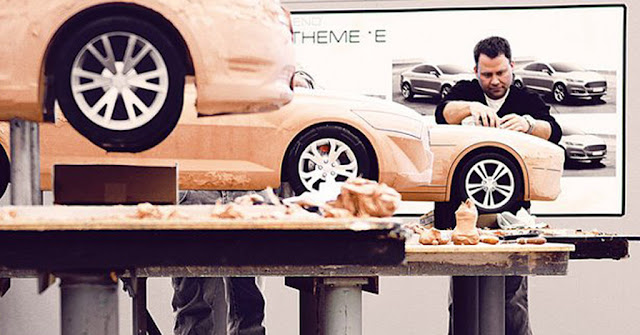 BRIGHTON, Mich.- Leaked photographs revealing what very well may be the 2015 Ford Mustang  are stirring up conversation about the iconic American muscle car across the web. Ford aficionados passionate about the Mustang are anticipating the release of the sixth-generation version and are curious as to where Ford's design team is going with this particular revamp.

The photos that have been released are widely available on the internet and show clay mock-ups that are believed to hint at the final version. The models presented are consistent with some of the classical notions of the Mustang; although, it would appear that the photographs show a model that encompasses the old Mustang concept and builds on it to achieve something a bit more clean and modern. The 2015 Mustang is expected for release sometime in 2014 and may possibly coincide with the 50th Anniversary of the Mustang in April 2014.

Posted by Brighton Ford at 4:10 PM