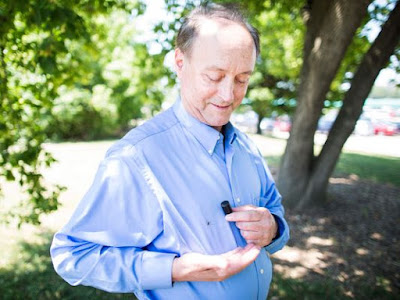 BRIGHTON, Mich. - Nothing is more frightening than driving down I-96 and seeing out of the corner of your eye an eight-legged passenger by your face! That gave us goosebumps just typing it out, and it has happened to just about everyone. Thankfully for us, Ford Motor Company has figured out a way to keep spiders OUT of your vehicle!

It looks like Ford engineers have turned into exterminators — for our sanity! There is actually a very common spider species that likes to nest directly under the hood of your vehicle and it can potentially cause big problems which include possible fuel tank cracks that can ignite vehicle fires. The solution to this problem? A state-of-the-art new cylindrical "spider screen" which is being installed on all Ford vehicles starting with the 2016 Focus RS. 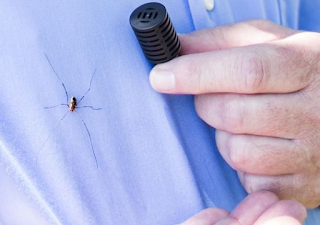 The specific arachnid in question is the common Yellow Sac Spider which — according to Michigan State University— is believed to be the spider responsible for more bites to humans than any other spider. This species of spider also is quite the popular car invader as it commonly seeks out car fuel vapor lines to build cocoons for laying eggs or taking shelter.

When a spider spins a web inside the fuel vapor lines, it can cause blockages that disrupt the flow of the fuel vapor which can generate engine damage. Interestingly a strand of a yellow sac spider's web is as strong as an equally thick strand of steel, according to Ford.

Ford Motor Company has figured out a way to keep spiders out of your vehicle with the Ford patented "spider screen". The screen is just a little bit wider and shorter than the average pinky finger and prevents spiders from entering the fuel lines while also maintaining proper air and vapor flow. It looks like the Yellow Sac Spider and its friends might need to find a new hiding place to spin their webs!

This is just a small example of how Ford Motor Company is always coming up with new ways to make their vehicles better for their customers, and you can count on Ford to always be at the front lines of innovation and technology in the world of automobiles. Think you might want to get your engine's interior fuel vapor line checked for creep crawlies? Stop by your Hartland Area Auto Service Center today! Brighton Ford is located at 8240 Grand River Ave. just north of I-96 in Brighton. We are a family owned and operated business that strives for customer satisfaction. For more information on Brighton Ford visit BrightonFord.com or give us a call at (800) 836-8206.

Email ThisBlogThis!Share to TwitterShare to FacebookShare to Pinterest
Labels: "Spider Screen", Brighton Ford, Ford Motor Company, Hartland Area Service Center, How To Get Spiders Out Of Your Engine, Spiders In Cars, Spiders In Your Engine