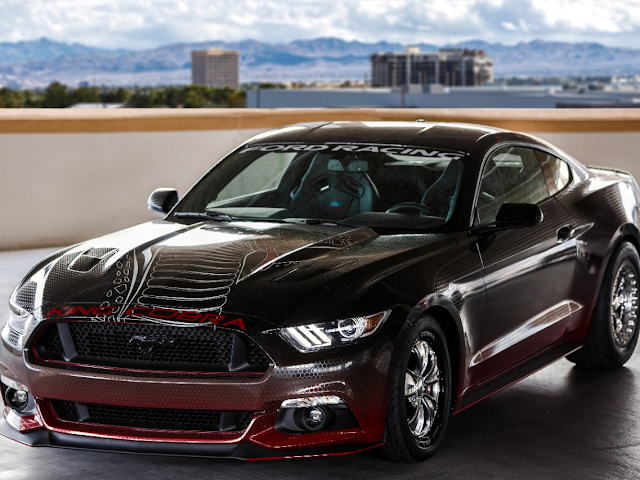 BRIGHTON, Mich - There was plenty to see at the SEMA Show in Las Vegas last week where attendees were exposed to some of the most advanced technology and concept vehicles to date. Ford Motor Company had plenty to debut at SEMA this year, but one of the most exciting products was actually from the engineers at Ford Racing. After patiently awaiting the opportunity to get their hands on the all-new 2015 Ford Mustang, Ford Racing unveiled their exclusive performance package known as the "King Cobra".

Ford Racing's New King Cobra Package Has Some Serious Bite and undoubtably pushes the 2015 Mustang GT to its absolute limit. The King Cobra is equipped with the "Drag Pack", "Handling Pack", and "Super Pack" supercharger kit, allowing it produce an incredible 600+ horsepower. Ford Racing wanted Mustang fanatics to be able to open up their catalog and choose any part that they wanted for their Mustang. Now with the King Cobra's performance street-and-drag strip design, it can be replicated by any Mustang owner with parts from the Ford Racing catalog. 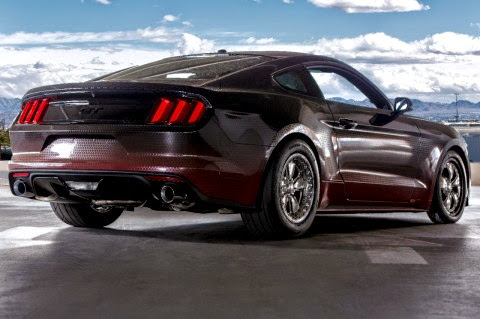 The three "packs" are a dynamic trio and each are a significant contributor to the power behind the "King Cobra". The Drag Pack is responsible for producing the ideal amount of power with its heavy-duty half shafts and rear-sub frame kit with pre-installed high-performance bushings, which help to improve traction. The Handling Pack lowers the Mustang roughly one inch with front and rear lowering springs and includes rear shocks and a stabilizer bar kit. The final component is the Super Pack with a 2.3L Twin Vortices Series supercharger assembly, which was co-developed and co-branded by the experts of Ford Racing and ROUSH Performance.

Ford Racing's New King Cobra Package Has Some Serious Bite and will soon offer Mustang enthusiasts a whole new driving experience. As we wait for this exclusive package to go public, why not feed your need for speed with a Roush Mustang from Brighton Ford? We are located at 8240 Grand River Ave. just north of I-96 in Brighton. We are a family owned and operated business that strives for customer satisfaction. For more information on Brighton Ford visit BrightonFord.com or give us a call at (800) 836-7417.