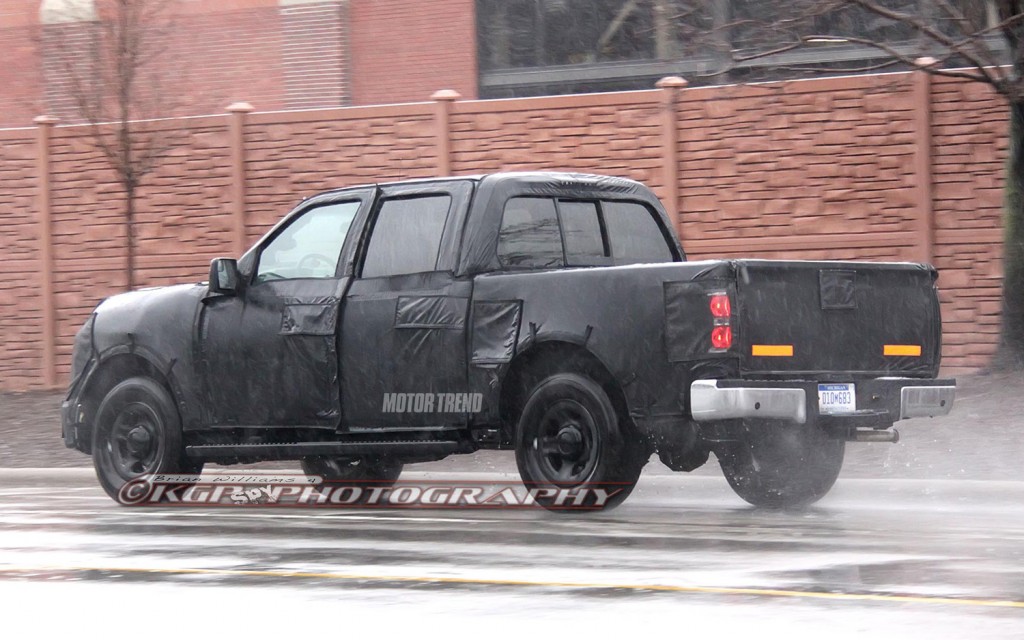 BRIGHTON, Mich.- When the Ford Atlas concept truck debuted at the Detroit Auto Show, it was rumored that it may be the next generation Ford F-150. Well, it's difficult to tell if it the Atlas, but what appears to be the 2015 Ford F-150 was spotted while out testing! These 2015 Ford F-150 Spy Shots don't reveal everything, but we can see a few notable details. 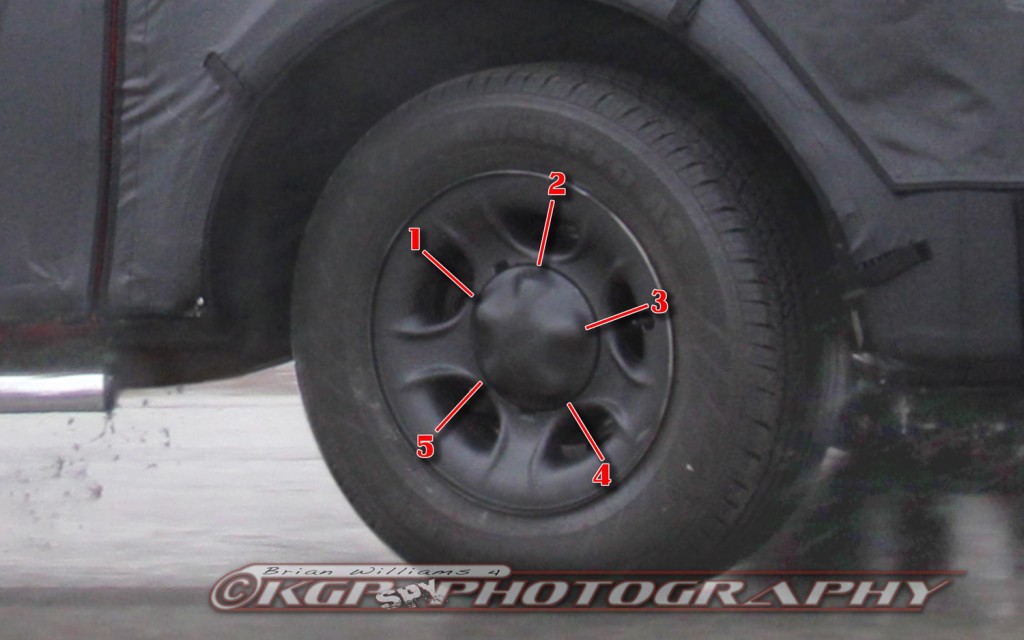 The next generation F-150 is likely in early development, but we can see in the spy shots that it retains the chrome Gillette-style front grille that is present on the current F-150. What's shocking in these photos is that there are only five-lug wheel hubs, as opposed to the six or seven-lug hubs on the current F-150. This means that this could actually be a prototype for a Ford F-100 or a lighter duty pickup truck since trucks with higher payload ratings have more wheel lugs.

In addition, the 2015 Ford F-150 will be 700 pounds lighter thanks to advanced metals, which will improve fuel economy and offer the option for a smaller engine. The tiny split exhaust tips suggest even further the possibility for a smaller engine since the current Ford trucks have larger exhausts. Significant improvements in aerodynamics will also improve gas mileage.

Stay tuned as the next generation Ford F-150 develops and we receive more information on what to expect for the 2015 model. Until then, check out the 2013 Ford F-150 Brochure and keep in mind that you can save money with our Ford F-150 Rebates. Brighton Ford is located at 8240 Grand River Ave. just north of I-96 in Brighton. We are a family owned and operated business that strives on customer satisfaction. For more information on Brighton Ford visit BrightonFord.com or give us a call at (800)-836-8206.