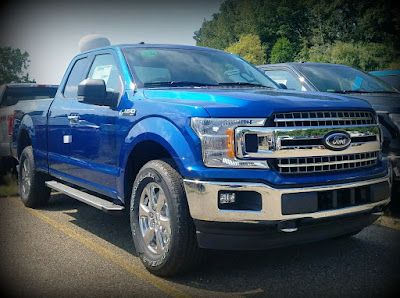 Ford silences its critics with a midcycle F-150 that is simply dominant
Ford gambled more than $1 billion and abandoned seven decades of steel bodywork to create a 2015 F-150 with an aluminum body. Dropping a claimed 700 pounds would improve fuel economy, increase towing capacity, improve power-to-weight ratios, and create a truck with fewer parts subject to rust.

The move was bold and expensive. Two truck plants closed for 13 weeks each to gut the body shop. Months of downtime meant the lost sale of 60,000 trucks valued at $40,000 or higher, followed by a slow rollout. Ford endured a year of lost market share and profits. Critics called it an unnecessary and costly mistake.

Once the new F150 arrived, Ford had to fend off GM’s allegations that aluminum wasn’t as tough as Chevy steel. And Ford still was trailing the fuel efficiency chase to the Ram diesel.
Ford fought back, saying reducing weight was just step one in a more comprehensive reimagining of the F-150. Still to come were a new powertrain lineup with new engines, improvements to existing ones, and a new transmission. 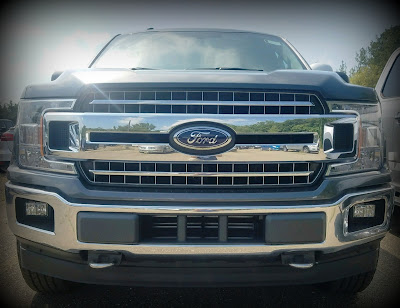 Patience, Ford pleaded. We’re just getting started.
Three years ago, we determined the new F 150 had a nice body but that not all the details had been sorted out. The F-150 lost the Motor Trend 2015 Truck of the Year title to the Chevrolet Colorado.
Fast-forward to today. For 2018 Truck of the Year testing, Ford gave us four variants to show the breadth of the changes under the hood. Ford has been busy; the interiors have gotten nicer, the infotainment system more intuitive, the steering better. The F-150 chassis is stupendous, the innovations have increased, and it has earned an NHTSA five-star safety rating.
It was unanimous. The Ford F-150 is Motor Trend’s 2018 Truck of the Year. “It was a pretty resounding win,” road test editor Chris Walton said. “Nothing really came close.”
The F-150 was once again up against its nemesis: the Colorado ZR2 Crew Cab with either a 3.6-liter V-6 or a 2.8-liter turbodiesel I-4. And there was the GMC Sierra Denali 3500 HD, a dually with a 6.6-liter Duramax turbodiesel V-8.

Ford proved its superiority with an impressive range of trucks with a different grille and wheel-tire combo for every taste and ride and handling that have come a long way since 2015.

2018 FORD F-150 4×2 SUPERCAB XL
This rear-drive work truck with lots of rubber and vinyl, a front bench seat, an AM/FM radio, a CD player, and a slotted coin holder has an element of purity. There is a wisp of nostalgia listening to the 3.3-liter naturally aspirated V-6 work to produce 290 horsepower and 265 lb-ft of torque. It was visceral while delivering the lineup’s second-best efficiency at 19/25 mpg in city/highway driving. (The rear-drive 2.7 EcoBoost ups those numbers by 1 mpg each.) “I always fall in love with the base models,” editor-in-chief Ed Loh said.

We were not as misty-eyed about the carryover six-speed automatic. Executive editor Mark Rechtin experienced an abundance of gear hunting uphill, whereupon it stayed in sixth gear downhill and would only downshift in Sport or Tow mode. Associate online editor Alex Nishimoto also experienced weird gear choices—he once downshifted to second in Sport mode downhill at 40 mph. Some liked the start/stop system, but others found it a bit harsh and felt it paired better with the 10-speed. 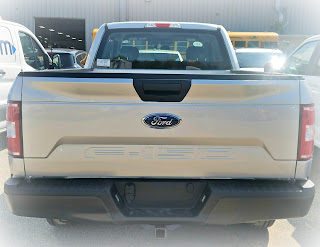 Our entry truck has less ground clearance and no four-wheel drive, so it could not get to our washed-out quarry of choice for the dirt-drifting shenanigans that the four-wheel-drive F-150s enjoyed.
The XL is a champ with a trailer. It weighed less than the trailer it towed (not to mention the smaller Colorado) but tied for the second-fastest quarter mile while laden and was a handling master on the skidpad. Features editor Christian Seabaugh was impressed. “The little 3.3 has zero trouble towing its 5,000-pound trailer,” he said. “Tow/Haul mode keeps the gears low and the engine roaring. No shift shock. Rock solid and stable. Super easy to park this trailer, too.”